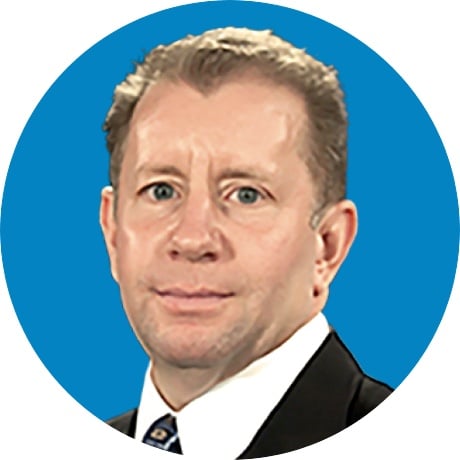 John D. Cohen currently serves as Executive Director of the Center for Internet Security (CIS), Program for Countering Hybrid Threats. He recently served as the Assistant Secretary for Counter-terrorism and Law Enforcement Policy, Coordinator for Counterterrorism and the Senior Official Performing the Duties of the Under Secretary of Intelligence and Analysis at the United States Department of Homeland Security. Prior to his recent service at DHS, Cohen served as: a Senior Expert on Global Threats for the Argonne National Laboratory, an on-air expert for ABC News on homeland security, terrorism, counter-intelligence, and law enforcement issues and an Adjunct Professor in the Georgetown University Security Studies Program and Center for Security Studies.

Cohen has over three and a half decades of experience in law enforcement, counterintelligence, and homeland security. Mr. Cohen has studied mass casualty attacks and is currently studying the impact of Internet-based communications technologies on crime and homeland/national security. During the Obama Administration he served as the Acting Under-Secretary for Intelligence and Analysis (I&A) and Counterterrorism Coordinator for the United States Department of Homeland Security (DHS). During his time at DHS, Mr. Cohen was a direct adviser to the Secretary and he oversaw the development and implementation of a number of high visibility Department-wide crime prevention, counterterrorism, counterintelligence and border and transportation security initiatives. Mr. Cohen also led the Department’s efforts to establish multi-disciplinary programs focused on: countering violent extremism; preventing and responding to mass casualty/active shooter attacks; improving information sharing; and expanding DHS’ interactions and collaboration with state and local law enforcement organizations, private sector companies and faith-based organizations.

During the Administration of George W. Bush, Mr. Cohen served as the Senior Advisor to the Program Manager for the Information Sharing Environment, Office of the Director of National Intelligence, where he authored and coordinated the implementation of key components of the 2007 White House National Strategy for Information Sharing.

Mr. Cohen has an extensive background in homeland security and law enforcement operations and policy development. He was Senior Homeland Security Policy Advisor to a number of State and local officials including Governor Mitt Romney of the Commonwealth of Massachusetts and Janet Napolitano, Governor of the State of Arizona. In 2004 he was selected by the National Journal as one of the “100 Key People in Homeland Security.” He was also named “Law Enforcement Person of the Year,” by Law Enforcement News for his work in developing and establishing a national non-emergency number, 3-1-1. He has worked within the private sector and has held a variety of government positions including: Special Agent, Office of Naval Intelligence; Police Detective and Patrol Officer, City of Gardena, CA; Senior Investigator, House Judiciary Committee, U.S. House of Representatives; and Senior Policy Advisor to the Director, Office of National Drug Control Policy, Executive Office of the President of the United States. He is the recipient of a number of awards and commendations including the Drug Enforcement Administration “Administrator’s Award,” The South Bay “Medal of Valor,” and the Department of Homeland Security’s “Distinguish Service Medal.