With the increasing industry shift to electronic health records and other digital technologies, cybersecurity has become a strategic priority for the healthcare industry. Cyber-attacks against hospitals and other healthcare facilities can put patient safety at risk by locking critical systems and records.

Learn about Malicious Domain Blocking and Reporting (MDBR), a service offered AT NO COST to all public and private hospitals and related healthcare organizations in the United States. This service provides an additional layer of cybersecurity protection that is proven, effective, and easy to deploy.

View the recording of the webinar below 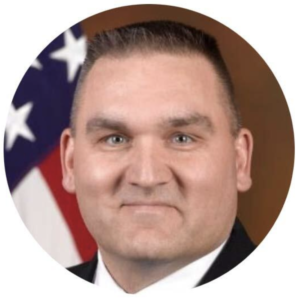 Ed Mattison was appointed Executive Vice President of Operations & Security Services for CIS in April 2020. Mattison is responsible for providing executive leadership to advance the missions of the Multi-State Information Sharing and Analysis Center® (MS-ISAC®), and the Elections Infrastructure Information Sharing and Analysis Center® (EI-ISAC®). He is also charged with providing global security services and support to government and private sector organizations.

Prior to CIS, Mattison served as the Vice President of IT Infrastructure, Telecommunications, and Cybersecurity for The Guthrie Clinic Health. He was responsible for the operation and security of Guthrie’s information technology infrastructure, supporting 6,000 employees at four hospitals and 25 clinics in New York and Pennsylvania from 2006 – 2020.

Mattison served as the Chief Information Security Officer for The University of Texas System (UTS) from 2015 to 2016. He was responsible for the information security management program for UTS, which provided oversight to eight academic and six healthcare institutions across Texas. The UTS system encompasses a user base of almost half a million people.

He spent 24 years in the Army, retiring as a Colonel in 2015. His last military assignment was as the Chief of Information Assurance (Cybersecurity) at the Pentagon from 2013 – 2015. In this role, Colonel Mattison served as a Senior Cybersecurity Advisor to the Secretary of the Army and the Lead IT Security Inspector General.