In October 2020, the MS-ISAC observed two malware (Bolek and NanoCore) return to the Top 10, as well as two new variants (DirectsX and Glupteba) enter the Top 10. The Top 10 Malware variants composed 78% of Total Malware activity in October 2020, down from 87% in September 2020. This decrease is largely due to the recent Shlayer campaign slowing down. Shlayer is highly likely to continue its prevalence in the Top 10 Malware for the coming months. 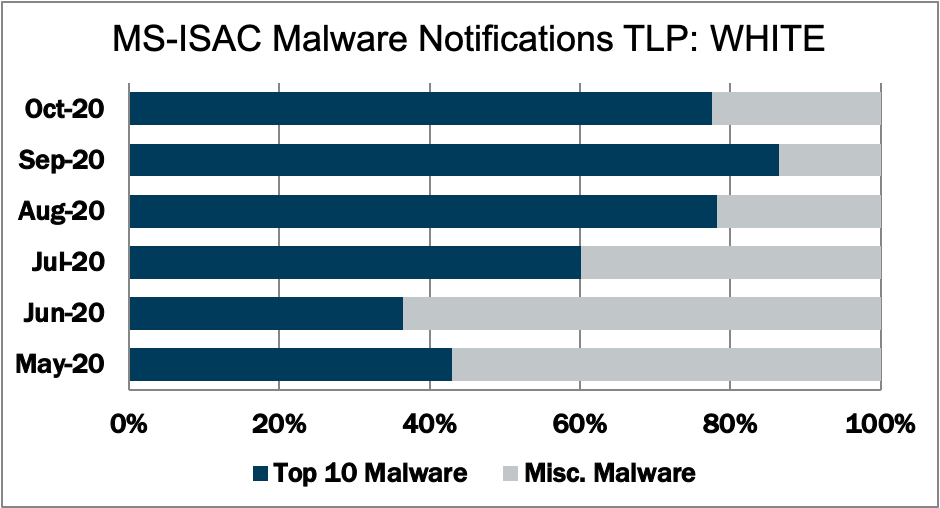 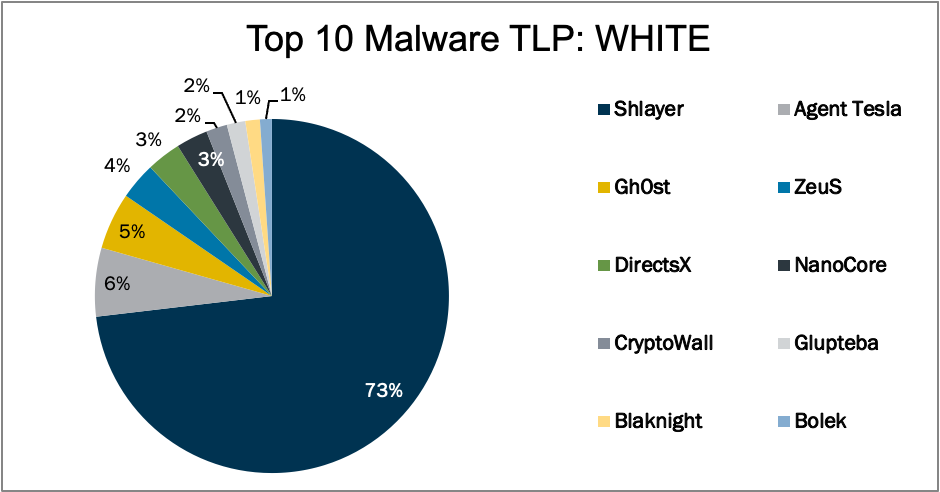 In October 2020, malvertisement accounted for the greatest number of alerts. Malvertisement continues to increase and stay as the top initial infection vector due to Shlayer. Shlayer returned to the Top 10 Malware after new evidence resulted in its reclassification as a Trojan Downloader compared to an Adware Dropper. Activity levels for all vectors, except dropped and malvertisement, increased. Although Shlayer activity has decreased by more than half, it’s likely that malvertisement will remain the primary infection vector as the Shlayer campaign pans out. 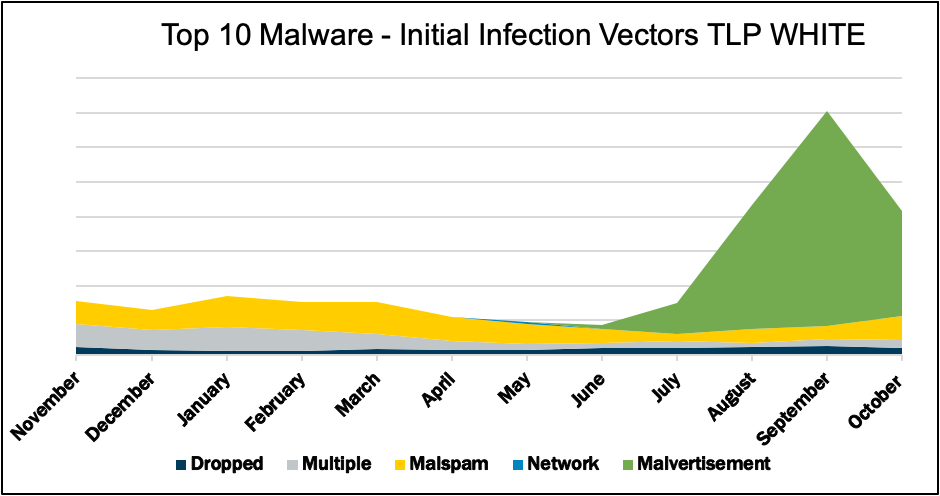 Dropped – Malware delivered by other malware already on the system, an exploit kit, infected third-party software, or manually by a cyber threat actor. Currently Gh0st is the only malware being dropped.

Multiple – Malware that currently favors at least two vectors. CryptoWall and ZeuS are the only malware currently utilizing multiple vectors. ZeuS is dropped by other malware, but it is also delivered via malvertisement.

Below are the Top 10 Malware ranked in order of prevalence. The respective Indicators of Compromise (IOCs) are provided to aid in detecting and preventing infections from these Top 10 Malware variants.

Agent Tesla is a RAT that exfiltrates credentials, log keystrokes, and captures screenshots from an infected computer.

DirectsX is a rootkit executed in kernel mode to perform its malicious activities. DirectsX can execute code, download additional malware, and steal data from the infected machine.

Glupteba is a modular backdoor trojan that acts as a proxy server and acquires data and commands from a remote computer on the internet. It has a number of modules, including a rootkit, an antivirus checker/disabler, a spreader, router attacker, browser stealer, and cryptojacker. Additionally, it can make an infected host a part of a botnet.

Glupteba , also known as HawkEye, is an Infostealer known for its keylogging capabilities for credential and banking theft. The below IOCs are associated with Blaknight as well as other malware for reconnaissance purposes; however, they can also be used legitimately.

Bolek, aka Kbot, is a banking trojan known for its ability to quickly propagate throughout a network, such as via USB and network shares. Bolek has multiple modules that are used to steal banking and personal information, credentials, and to exfiltrate files from systems.