In May 2021, the MS-ISAC observed Quasar’s return to the Top 10. The Top 10 Malware variants comprise 75% of the total malware activity in May 2021, decreasing 1% from April 2021. Shlayer is likely to continue its prevalence in the Top 10 Malware for the coming quarter as more organizations move back to an in-person model. A recent patch from Apple addresses the zero-day vulnerability Shlayer used, which is likely affecting its campaign as we saw a significant decrease from the previous month. 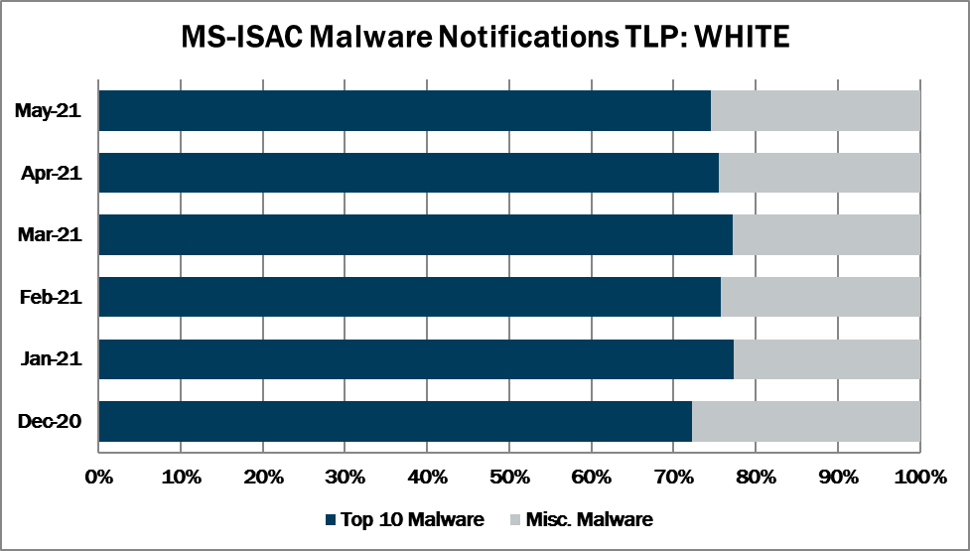 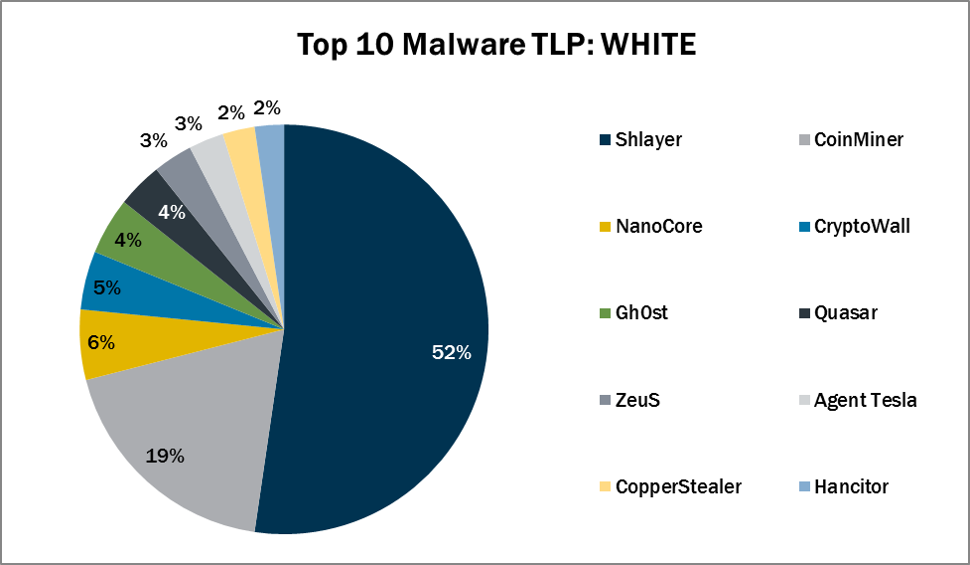 In May 2021, malvertisement accounted for the greatest number of alerts. Malvertisement continues as the top initial infection vector due to Shlayer activity. Activity levels for dropped and malspam increased, while activity for malvertisement and multiple decreased.

Shlayer activity dropped from the previous month likely due to the recent patch from Apple affecting its campaign. The patch fixes a zero-day vulnerability exploited by Shlayer to bypass Apple’s Gatekeeper, File Quarantine, and Notarization security checks. This patch will likely affect Shlayer’s ability to download second-stage malicious payloads, as well as its ability to download its own payload. That said, it might not necessarily stop its initial infection vector as a whole. It is likely that malvertisement will remain the primary infection vector as the Shlayer campaign pans out.

Dropped – Malware, delivered by other malware already on the system, an exploit kit, infected third-party software, or manually by a cyber threat actor. Gh0st is the only malware dropped.

Multiple – Malware that currently favors at least two vectors. Currently, CoinMiner, CryptoWall, and ZeuS are the malware utilizing multiple vectors. ZeuS is dropped by other malware, but it is also delivered via malvertisement.

Malspam – Unsolicited emails, which either direct users to malicious web sites or trick users into downloading or opening malware. The Top 10 Malware using this technique are Agent Tesla, Hancitor, NanoCore, and Quasar.

Quasar is an open-source remote administration tool on the Windows platform. It is used as a RAT to create backdoors.

The CTI team is always looking for ways to improve. You can help us by filling out this short survey. Your feedback will allow us to better tailor our products and services to your organizational needs.