Top 10 Malware composition was fairly consistent with April 2020 with the exception of Modi, Mirai, and NSPPS. Overall, the Top 10 Malware variants composed 43% of Total Malware activity in May, down from 53% in April. It is highly likely that Dridex and ZeuS will continue to make up a significant portion of the Top 10 Malware. 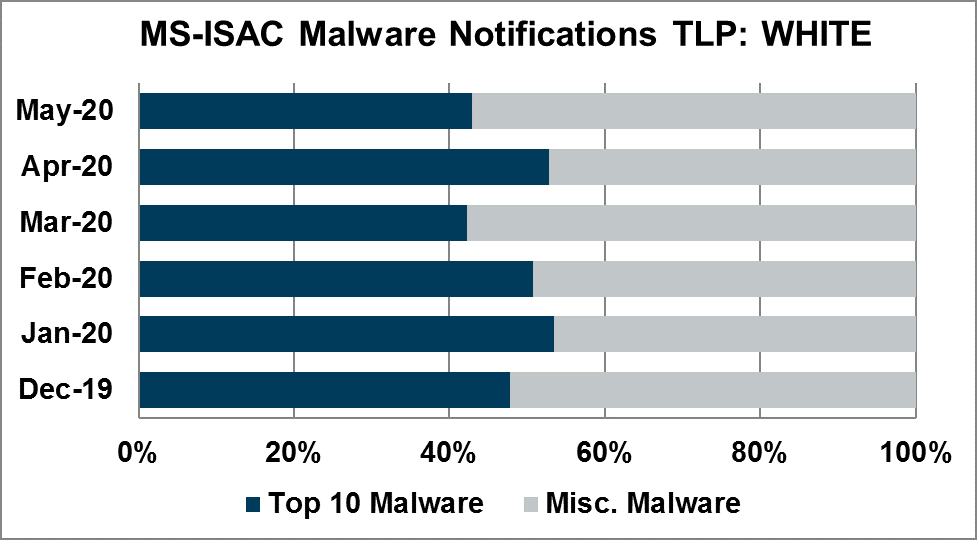 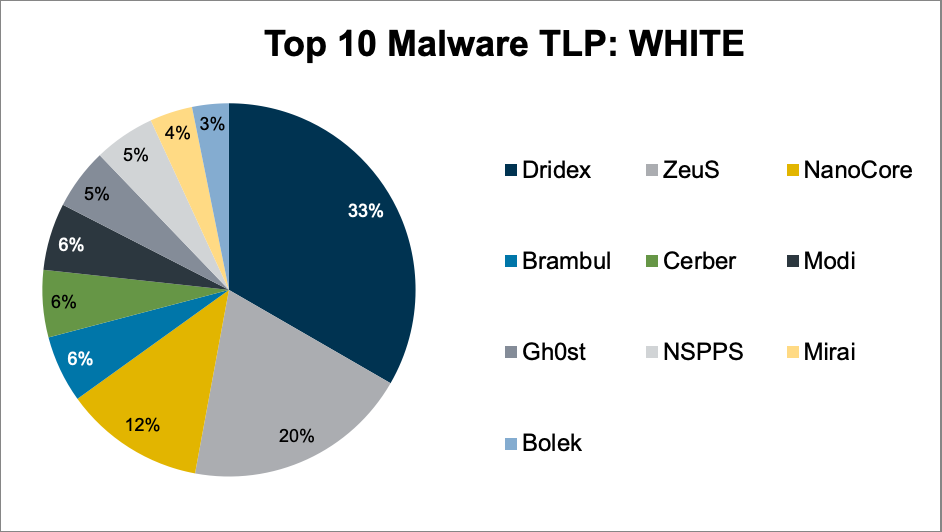 In May 2020, malspam accounted for the greatest number of alerts. Activity levels for all vectors, except dropped, decreased. MS-ISAC observed two new malware variants, Modi and NSPSS, both of which are RATs. Additionally, we continue to see the worm Brambul, which is dropped by the RAT Joanap. CISA in 2018 assessed that both Brambul and Joanap  are associated with the CTA group Hidden Cobra. The ZeuS alerts account for activity within the multiple infection vector. Bolek, Cerber, Dridex, Modi, and NanoCore represent the malspam related infections for May 2020. Brambul, Gh0st, and Mirai are currently the only malware in the Top 10 whose primary initiation vector is dropped. NSPPS is currently the only Top 10 malware that uses the network initiation vector. There was no Top 10 malware activity this month that utilized malvertisement as a primary initiation vector. There is a high likelihood that malspam will remain the primary initiation vector for the Top 10 Malware due to the effectiveness of this method.

Dropped – Malware delivered by other malware already on the system, an exploit kit, infected third-party software, or manually by a cyber threat actor. Currently Brambul, Gh0st, and Mirai are being dropped.

Network – Malware introduced through the abuse of legitimate network protocols or tools, such as SMB protocol or remote PowerShell. NSPPS uses this vector