In January 2021, the MS-ISAC observed CoinMiner’s return to the Top 10, while Danabot made its first appearance. The Top 10 Malware variants make up 77% of the total malware activity in January 2021, increasing 5% from December 2020. Shlayer is highly likely to continue its prevalence in the Top 10 Malware due to post-holiday increase of schools and universities returning to in person teaching or a hybrid model. 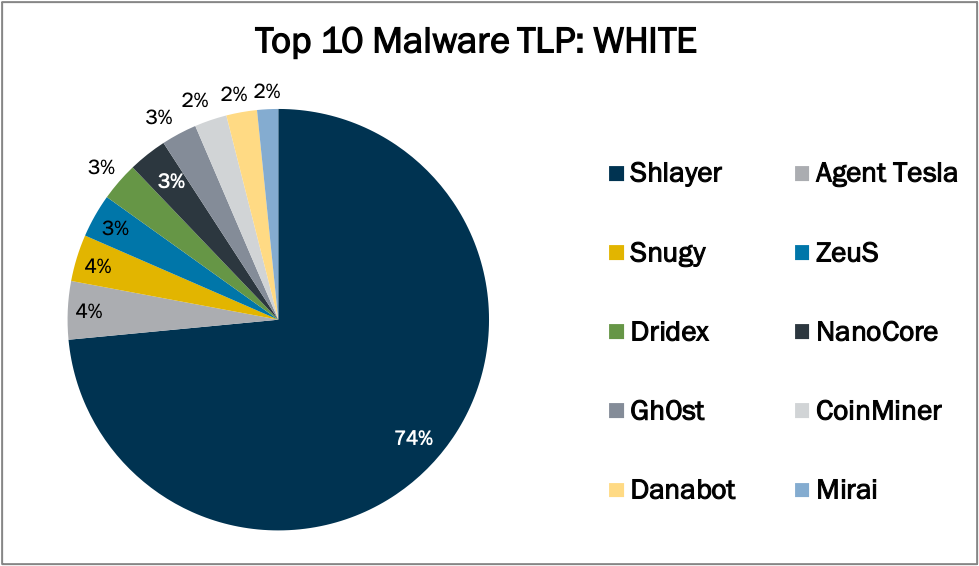 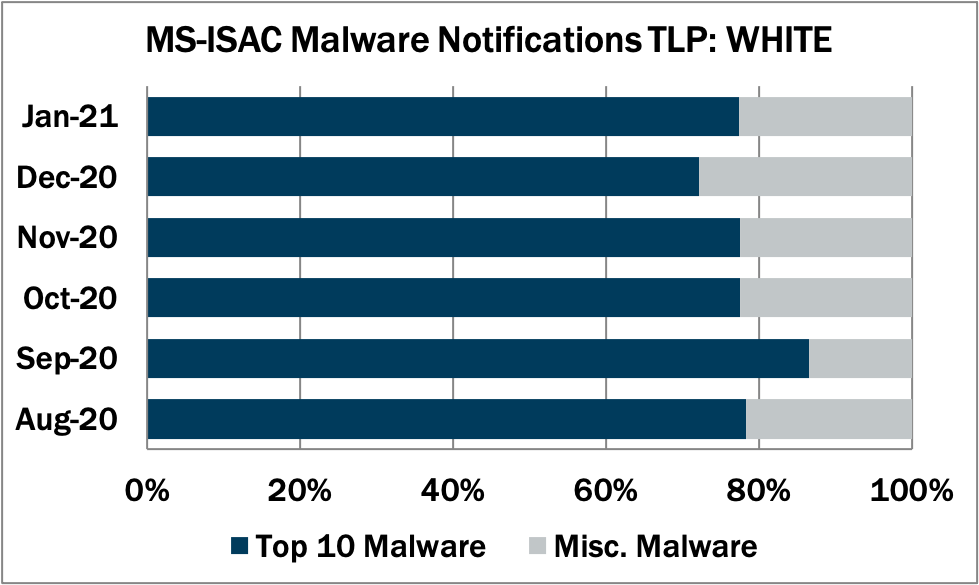 In January 2021, malvertisement accounted for the greatest number of alerts. Malvertisement maintains  the top initial infection vector due to Shlayer activity. Shlayer returned to the Top 10 Malware after new evidence resulted in it being reclassified as a trojan downloader compared to an adware dropper. Activity levels for malspam and malvertisement increased, while activity for dropped and multiple decreased. It is highly likely that malvertisement will remain the primary infection vector as the Shlayer campaign pans out. 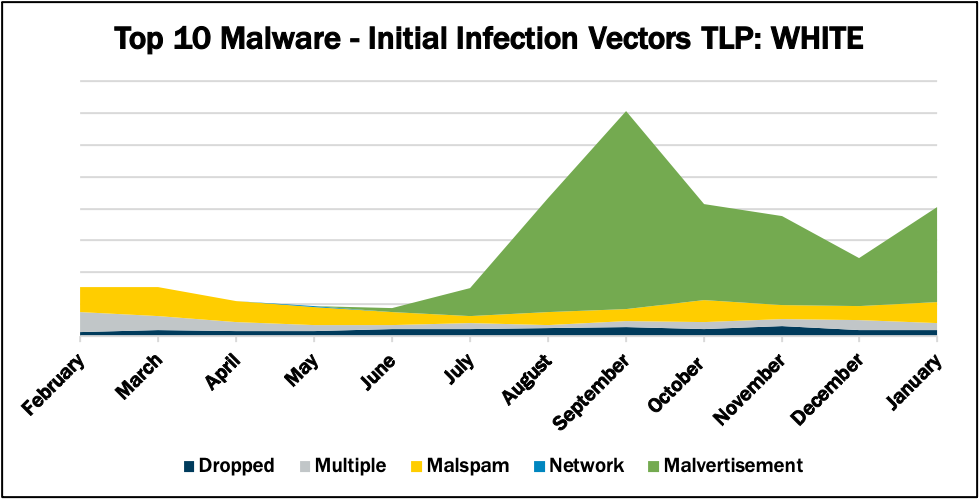 Dropped – Malware delivered by other malware already on the system, an exploit kit, infected third-party software, or manually by a cyber threat actor. Gh0st and Mirai are the only malware dropped.

Multiple – Malware that currently favors at least two vectors. Currently, CoinMiner and ZeuS are the only malware utilizing multiple vectors. ZeuS is dropped by other malware, but it is also delivered via malvertisement.

Shlayer is a downloader and dropper for MacOS malware. It is primarily distributed through malicious websites, hijacked domains, and malvertizing posing as a fake Adobe Flash updater. All Shlayer domains follow the same pattern

Snugy is a PowerShell-based backdoor allowing the attacker to obtain the system’s hostname and to run commands. This backdoor communicates through a DNS tunneling channel on the compromised server.

Dridex is a banking trojan which uses malicious macros in Microsoft Office with either malicious embedded links or attachments. Dridex is disseminated via malspam campaigns.

Miraj is a malware botnet known to compromise internet of things (IoT) devices in order to conduct large-scale DDoS attacks. Mirai is dropped after an exploit has allowed the attacker to gain access to a machine.