Top 10 Malware composition is very consistent with January 2020 with the exception of Ursnif. Nemucod remained, for the second month in a row, in the Top 10 despite remaining relatively quiet since 2017. This is likely to a lack of activity associated with more prominent malwares regularly seen on the list. Overall, the Top 10 Malware variants comprised 51% of Total Malware activity in February, down slightly from 53% in January. ZeuS and its variants continue to drive the number of infections to start out the new year. 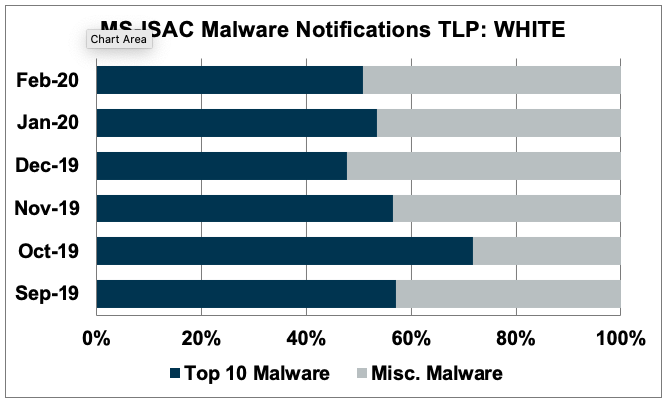 In February 2020, malware commonly delivered via malspam accounted for the greatest number of alerts in the Top 10 malware list. Activity levels in all categories decreased over the past month. The ZeuS, CryptoWall, and CoinMiner alerts account for activity within the multiple infection vector category for the month. Cerber, Dridex, Kovter, NanoCore, Nemucod, and Ursnif drive malspam related infections for the month of February. Gh0st is currently the only malware in the Top 10 whose primary initiation vector is being dropped by other malware. There is a high likelihood that malspam will continue to remain the preferred initiation vector for malware in the Top 10. 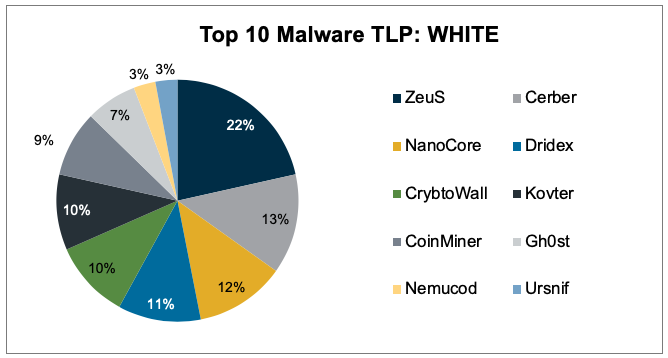