Top 10 Malware composition was fairly consistent with March 2020 with the exception of Bolek and Brambul. Overall, the Top 10 Malware variants comprised 53% of Total Malware activity in April, up from 42% in March. It is highly likely that Dridex, Kovter, and ZueS will continue to make up a significant portion of the Top 10 Malware. 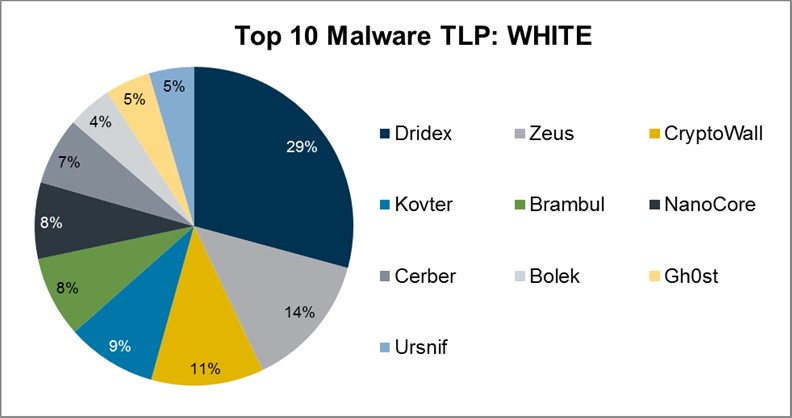 Multiple – Malware that currently favors at least two vectors. ZeuS and CryptoWall are currently utilizing multiple vectors. ZeuS is dropped by other malware, but it is also delivered via malvertisement.

Network – Malware introduced through the abuse of legitimate network protocols or tools, such as SMB protocol or remote PowerShell. Brambul uses this vector.