Computer data is generally organized in data structures such as arrays, records, graphs, classes, or other configurations for efficiency. When data structures need to be stored or transmitted to another location, such as across a network, they need to go through a process called serialization. This process converts and changes the data organization into a linear format that is needed for storage or transmission across computing devices.

Using Java as an example platform for serialization, an object of type Address would logically have members of street, city, state, and postal code as shown in the diagram below. 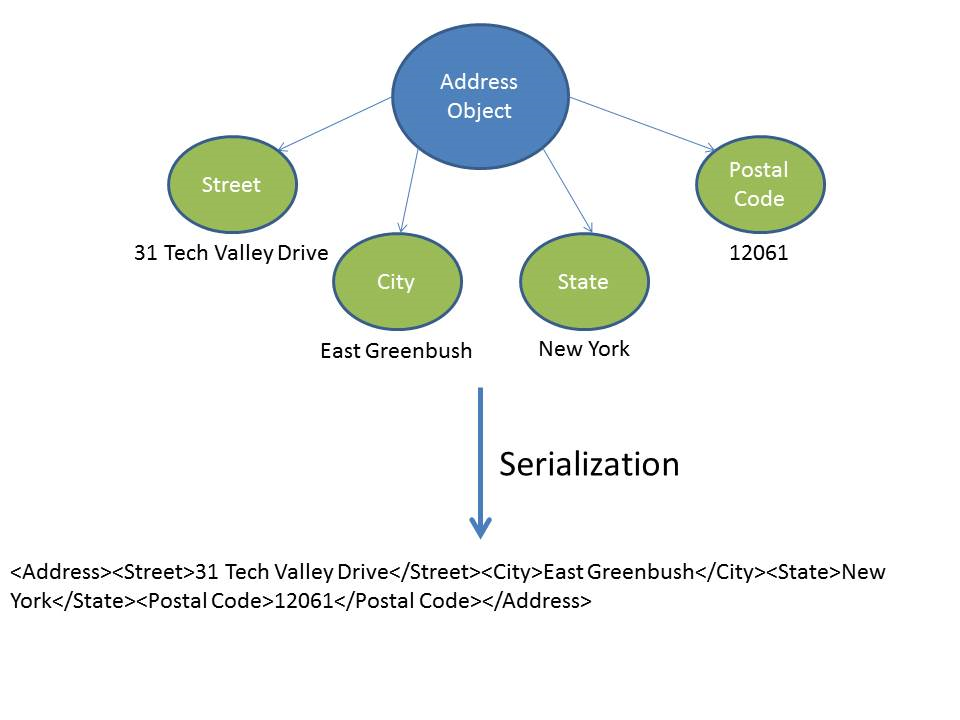 Once serialized, this data is converted into a linear data format (such as the XML text form in the diagram) representing the Address object.

The deserialization process from the linear data is the reverse, and causes the Address object to be instantiated in memory as shown in this diagram: 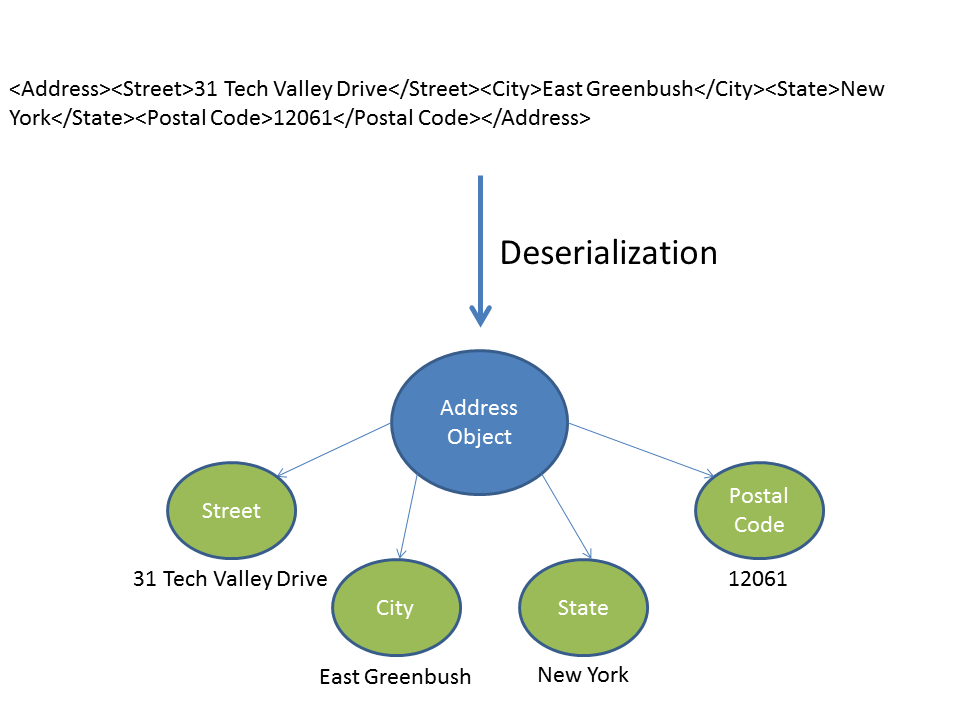 What is Serialization Used For?

The process of serialization has been used as far back as the 1980s in the Courier RPC application protocol of the Xerox Network Systems protocol suite. Serialization is needed for data storage and data transportation between nodes on a network because with computers, data is stored and transported linearly. Serialization is also used to pass information between computers for remote method invocation where a procedure/function found on a remote machine can be invoked as if it is on the local computer. Using serialization, an object can be transferred across domains through firewalls, as well as be used for different languages and platforms.

The formats of serialized objects are standardized so as to be able to be read by different platforms, if needed. Some of the platforms that support serialization processes include python, perl, php, ruby, and Java. The Microsoft .Net platform also supports serialization functions by utilizing the XMLSerializer and DataContractSerializer classes, as well as the more powerful but more vulnerable BinaryFormatter and NetDataContractSerializer classes. XML, YAML, and JSON are amongst the most popularly used formats of serialized data.

What are the Vulnerabilities? 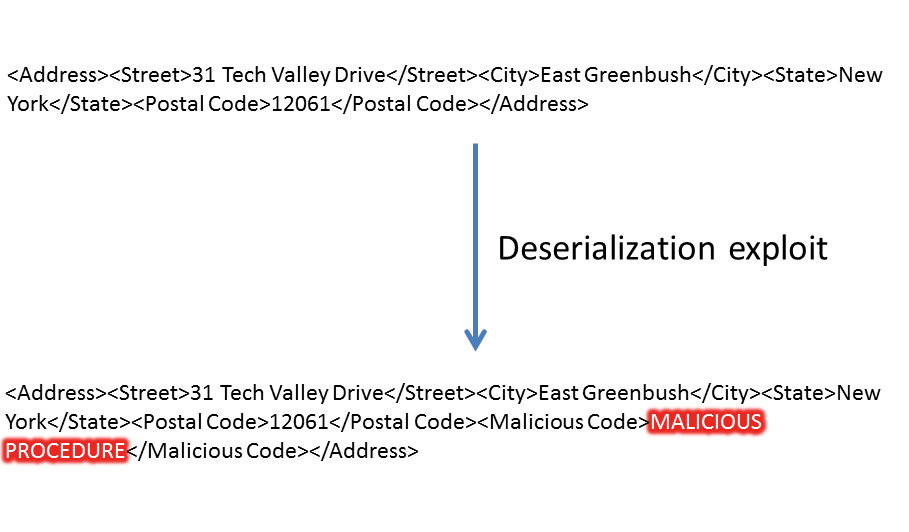 Once this exploited data is then instantiated in computer memory through deserialization, the malicious code of the attacker would be in a usable form to perform further malicious activities commanded by the attacker: 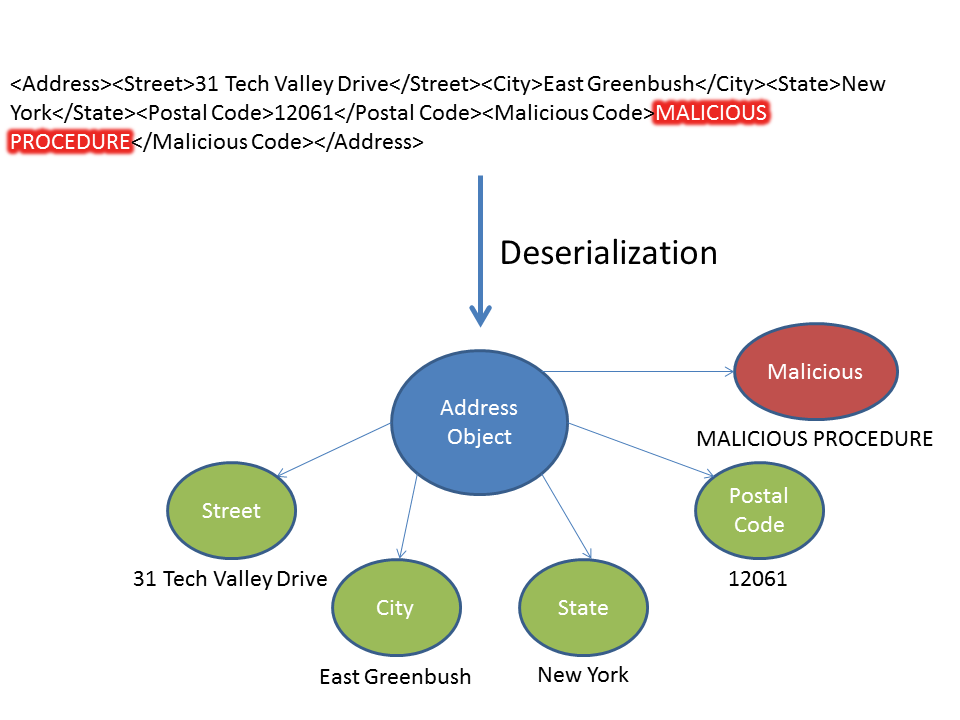 What is the Impact of These Vulnerabilities?

Best practices to protect against deserialization vulnerability exploits include the following measures: