I recently returned from Minnesota’s CyberSecurity Summit, where I had the honor of representing CIS and accepting the “Founders Award for National Cyber Defense Leadership” – the first-ever organizational award presented at Minnesota’s annual event.

This award, in large part, recognized the added value CIS has provided to government and business stakeholders in the state.

Minnesota has always had a strong cybersecurity program, with CIS proudly working alongside government agencies at every level, as well as businesses across the state. The Chairman of Summit’s awards committee specifically highlighted the work of the Multi-State Information Sharing and Analysis Center (MS-ISAC), and the respect across the state for the best practices available for free to stakeholders across the state through the CIS Controls and CIS Benchmarks. It’s a distinct honor and recognition for the tireless work of the CIS teams on behalf of our stakeholders throughout Minnesota that the committee was unanimous in its support for recognizing CIS with this award. 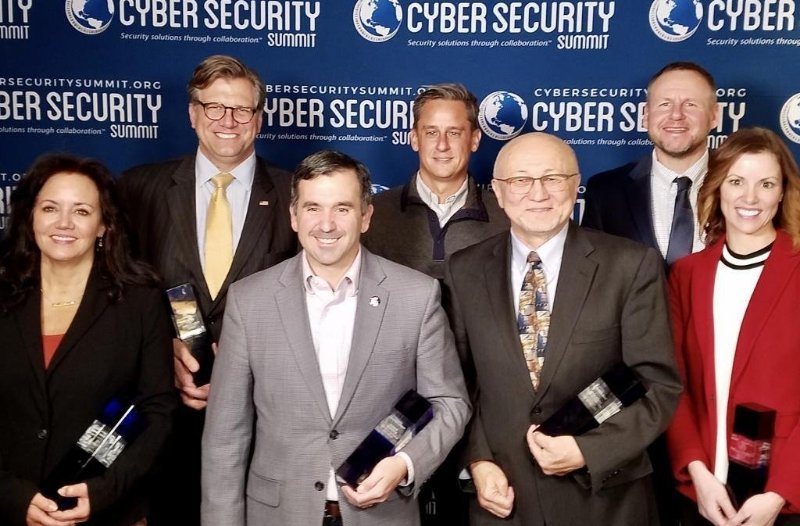 Along with the formal recognition from the awards committee, it was humbling and an honor to have dozens of other attendees over the course of the rest of the Summit thank me for the CIS team’s contributions to cybersecurity in the state and with their partners across other states. Many of our members, especially in the state, local, territorial and tribal (SLTT) entities are often underfunded and undermanned relative to their missions, meaning they regularly rely on the contributions of the CIS teams. Our Security Best Practices team continues to work with the global community to create and refine the CIS Controls and CIS Benchmarks. These resources are helping organizations at all levels secure their most valuable IT infrastructure, while enabling the companies to focus on what they’re best at, delivering for their customers.

As a mission-focused non-profit organization, it was a distinct pleasure to get a glimpse of the value we’re bringing to all of our members around the world, and the impact we can continue to have as we expand the reach of our mission.