Google Cloud announced general availability of its Shielded VMs (virtual machines) at a breakout session during Google Cloud Next ‘19. As a result, CIS Hardened Images usage increased by 82% from 2018 to 2019 on GCP. Read more in our latest press release. Working on Google Cloud Platform (GCP) is safer and more secure than ever thanks to CIS Hardened Images, built on Shielded Virtual Machine (VM) base images provided by GCP.

Shielded VMs are hardened by a set of security controls that help defend against rootkits and bootkits. They leverage advanced platform security capabilities, such as secure and measured boot.

There is no additional cost for using a Shielded VM on GCP. Shielded VMs also support bring your own license (BYOL).

Steve Gold, CIS Vice President of Cybersecurity Solutions spoke at a breakout session during Google Cloud Next ‘19. He presented on the shared security responsibilities between CIS and GCP to protect the public cloud. During Gold’s presentation he highlighted how the CIS Controls, CIS Benchmarks, and CIS Hardened Images work together to create effective cybersecurity solutions. 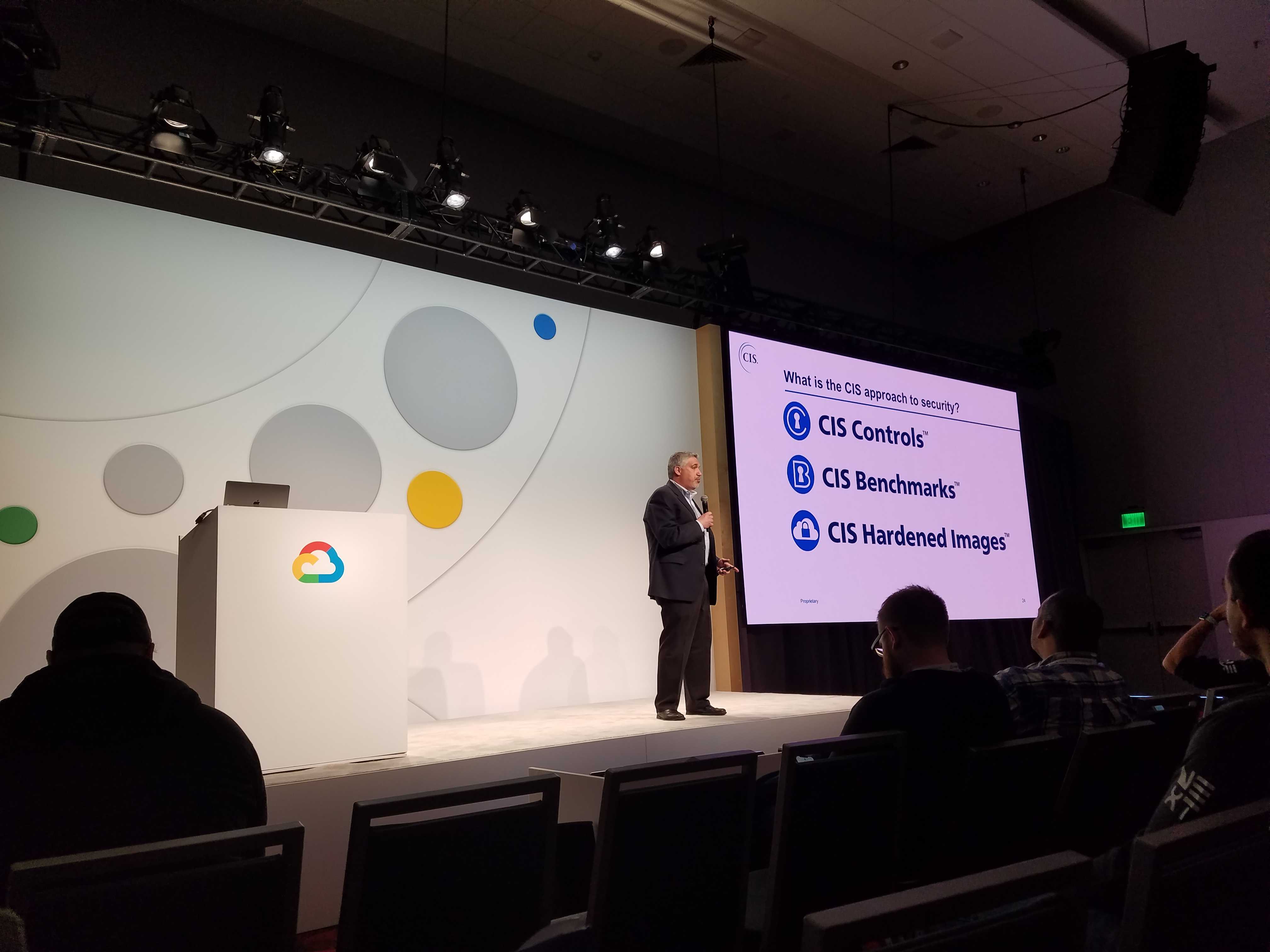