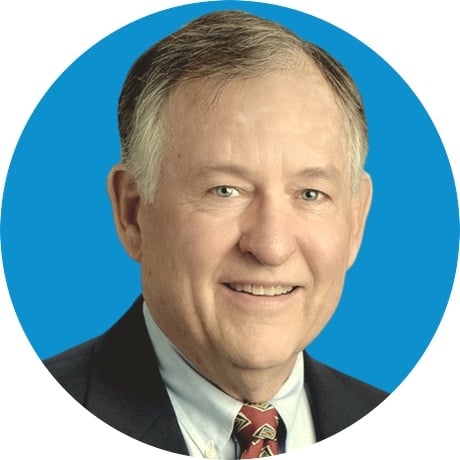 Bruce Moulton is a long-serving CIS Board Member, Chair of the Audit & Finance Committee, and CIS Treasurer.

He is recognized domestically and internationally, in both the public and private sectors, as a senior and influential voice on information security and technology issues. Most recently Moulton served as Chief Architect at Spheric Security Solutions, Inc., a company focused on developing software tools to automate leading practices for the management of information security programs. He is also advising several other information security focused start-ups.

Moulton was the first elected Chairman of the Financial Services Information Sharing and Analysis Center (FS-ISAC), a position he held thru 2001. Moulton also served as Vice President and Chief Information Security Officer for Fidelity Investments from 1991 thru 2001.

Moulton earned a bachelor’s degree in chemistry and pre-med from Cornell University. He also attended the Samuel Curtis Johnson Graduate School of Management at Cornell, earning an MBA in both Finance & Accounting and Hospital & Health Services Administration (HHSA).